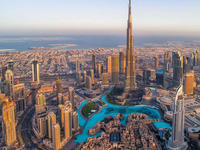 The lingua franca of the Arab world, Arabic is spoken by over 300 million people across the Middle East. As the official language of 26 states and the liturgical language of Islam, Arabic is an integral language in the world.

Germany, Austria, Switzerland, Luxembourg, and Liechtenstein all employ German as their official language. With 90 million native speakers, German is a greatly important languages in contemporary European economics and politics.

The official language of Italy and closest living language to Latin, Italian is one of the most historically significant romance languages in the world. Italian is spoken by 70 million people and is the language of the Catholic Church, classical opera, and many great artists and thinkers of the past.

With three distinct written alphabets, Japanese is one of the most difficult languages in the world. However, the student of Japanese will find a rich literary and artistic history within Japan, a distinct and fascinating culture, and 125 million native speakers with whom to communicate. 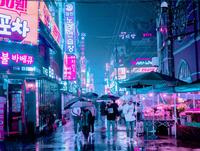 Korean has one of the most recently created writing systems in the world, created in the 15th century by King Sejong in an attempt to spread literacy. Now, you can learn to read the Korean script in an hour! With 77.2 million speakers, the Korean language continues to gain international significance with Korea’s growing economic and cultural success.

Learning Portuguese can guide students through not only Portugal, but also Brazil, Mozambique, Macau, Angola, Malacca, and Equatorial Guinea. With 223 million speakers, Portuguese is one of the most widely spoken romance languages of all time.

The distinctive Cyrillic script of Russian sets it apart from nearby European states. The 150 million native speakers of Russian are spread across Russia, Belarus, Kazakhstan, and Kyrgyzstan.

The official state language of Ukraine, Ukrainian has 35 million speakers. Though banned by the Russian Empire in the 19th Century, Ukrainian has managed to hold on and maintain its uniqueness.

The lingua franca of Pakistan,  the Persianized standard register of the Hindustani language, Urdu, is spoken by 67 million people.  Urdu has a rich tradition of literary expression, particularly in poetry.